Auditorium. The tour of the house begins in small auditorium with a brief video introduction to the life of Robert Graves. Told in the first person, “I, Graves” uses BBC interviews, and local footage. It lasts under fifteen minutes.

On one wall of the auditorium is a spectacular “time-line” which covers the poet’s life, and is illustrated with personal photographs, book covers, and international events. On the other walls are a set of large evocative photographs taken in 1953.

Garden. The garden is an integral part of the visit. The main paths have been surfaced to allow disabled access, however, it remains essentially as it was when the house was built. The olive, carob, and almond trees growing on the land were left in place. Graves added an orange grove, a tangerine grove, and some lemon trees, local varieties of fruit trees, and bitter orange trees for his marmalade. The sunny end of the garden he kept for a jardin potager. He built a tunnel in the gravel quarry face which he then turned into a grotto. On the side of the house is a large covered water reservoir filled from the village spring but also taking the overflow from the rain water cistern in the house. It was used for watering in the hot summer months.

House. Robert Graves, and his then companion Laura Riding, built the house in 1932, and called it Ca n’Alluny, which in Catalan means “The Far House” It is a five minute walk from the picturesque village of Deià. The mountains rise up behind it and it looks out to the Mediterranean.

Where possible, the house has been restored to how Graves found it when he returned to Mallorca in 1946 with his new family. Some changes have been necessary, as, for example, the wheelchair access, a small exhibition room, and air conditioning.

Nevertheless, the furniture, wall hangings, and even the light fittings are original. The house retains the atmosphere it had when Graves was at the height of his creativity. The visitor feels as if Graves had left briefly for a quick swim down at the beach or had gone to the village for the post. 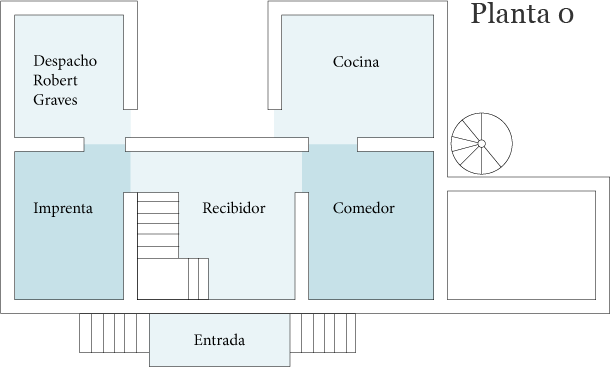 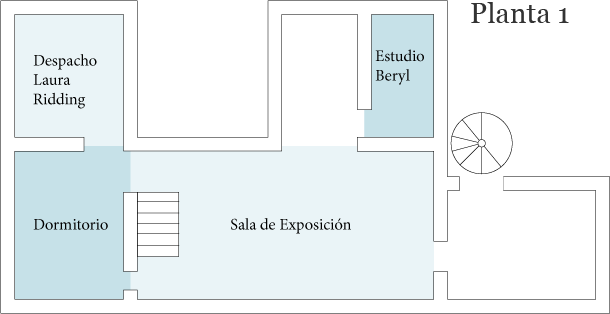